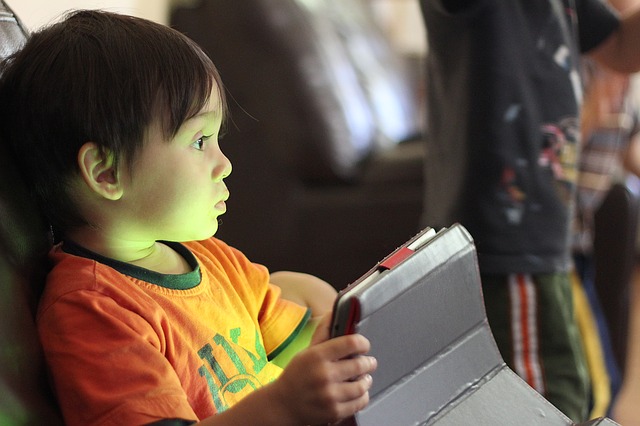 I had a chance to get a Nabi Jr. for my 4 year old son the other week with some points I had accumulated. When I received it, I opened it up and was setting it up, I honestly wasn’t that impressed with it myself. I thought he isn’t going to like this and it will end up  on the shelf. I setup it up  to use the recommended apps for his age/grade level.

Not only was I wrong, I was REALLY WRONG!  He loves the tablet.  Amazingly he has taken on the responsibility of charging it himself at night when going to bed.  Car rides, or while we wait at restaurants he likes to get on it to play “games” such as counting, puzzles and drawings.  These games take him through the alphabet, and numbers, with him counting up to 15 with it. He is so much calmer with it.  In fact only a once or twice has he asked to watch a “movie” on my phone, which was a routine every night till the Nabi came along.

Thankfully he doesn’t want to sit on it 100% of the time, he is limiting himself.  I’m amazed how well he is doing it on his own.  Several of the more advanced features on time limits, and chores, I haven’t had the ability to setup, and currently don’t need to do at this time. I’m excited to see how it grows with him.

After I thought about it for a while, I realizing I was judging by what I wanted the device to do, not what he wants it to do.  So in this case I was the worst reviewer ever, but my son, gives it 5 of 5 Yoda’s! So if your looking for some help on teaching your child, look at the Nabi Jr. seriously.  Maybe it’s not what you want, but it seems to reach the kids and it’s effect is worth every penny.